Steve Abate Promoted to Executive VP of Operations In The News 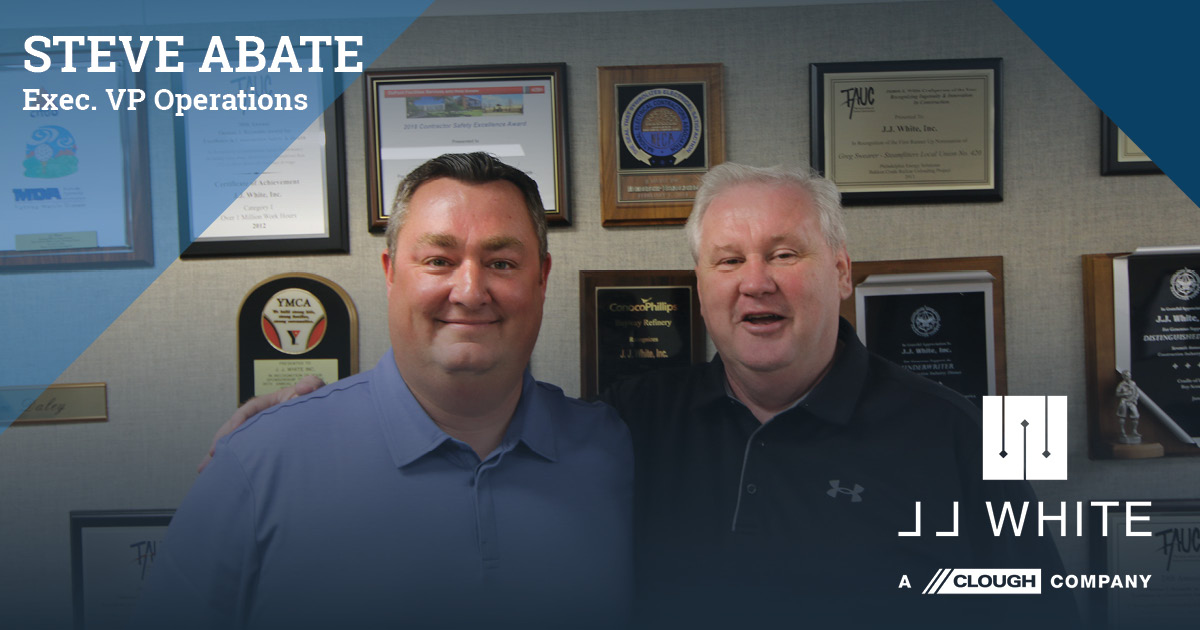 PHILADELPHIA –  On June 30th Steve Abate was named as the Executive Vice President of Operations for JJ White. Steve has been with JJ White since 2004 starting as an apprentice working his way through many different roles in the company such as journeyman, quality control professional, project manager and eventually to his promotion of Vice President of the Mechanical Group in 2019.

Steve’s new responsibilities will include overseeing the day-to-day performance of the operational groups. Along with ensuring that we are performing all jobs on-time and safely.

Jim Daley has since been named President of JJ White, a well deserved  position. He has been an integral part of maintaining the JJ White reputation for the past 37 years. His commitment to the company does not go unnoticed.

Jim Daley said, “Steve Abate is a perfect fit for this position. He knows how this company operates and what it takes to make us successful. I’m excited to see where he takes us.”

JJ White is bringing back a familiar face to fill in Steve’s current position. Harry McGuigan will now be the Vice President of the Mechanical group. Harry was a Project Manager for the Mechanical Group  and oversaw many of our successful projects. We are excited to have him back. He will begin on July, 11th.

Steve Abate said, “I am very honored to have been chosen for this position, it means a great deal to me. I started my career at JJ White and could not be more thankful for the opportunities they have afforded me. The Mechanical Group is in good hands with Harry in charge.”

We could not be more thrilled as a company with this business decision. Their dedication to a strong safety culture and overall growth of the company makes them a perfect fit.