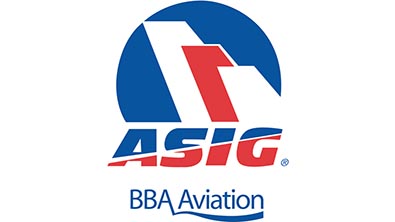 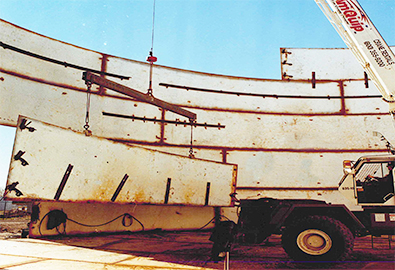 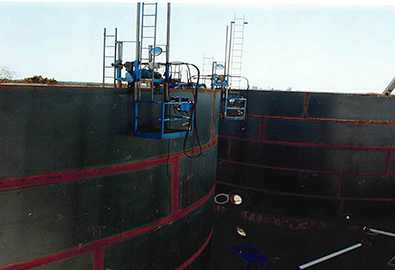 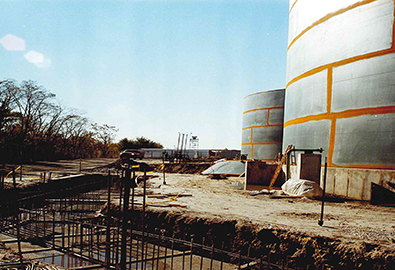 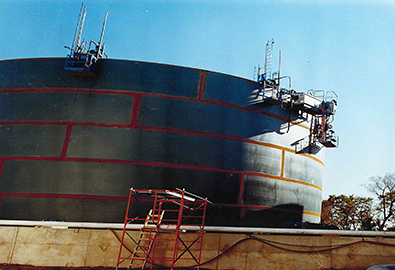 As the city of Philadelphia expands with a new vibrancy, air traffic at the Philadelphia International Airport has increased exponentially. With more than 80,000 passengers traveling through the airport on a daily basis, fuel storage for airplanes became a major issue. The Aircraft Service International Group, Inc. brought in JJ White Inc. to build a new storage tank farm near the South Philadelphia airport to handle the additional fuel volume.

The project’s location at a fully operational airport provided numerous logistical challenges to the tank farm’s success. JJ White crews could not disturb the airport’s normal operational flow or create any safety concerns for passengers and flight crew-members. The project was also interrupted by owner-driven changes in scope over a two-year period.

JJ White crews adhered to a plan to stage and sequence the work in order to cause as minimal an interruption to Philadelphia’s air transit hub. Equipment and materials were brought in after flight hours to alleviate traffic concerns, all in accordance with a stringent schedule that JJ White managers developed and updated to reflect owner-directed changes in scope.

JJ White completed the $12 Million project with a perfect safety record on an edited timeline. The Philadelphia International Airport’s four new tanks adequately provide enough fuel storage for the more than 80,000 people that visit the airport each day. This fuel takes 29 million plus passengers and more than 460,000 tons of cargo around the world each year. JJ White is proud to work at the Philadelphia Airport and help those in our community get to where they need to go. 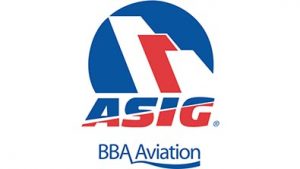